It features two different solitaires, the ability to save or resume a saved game, display the possible movements available and the option to undo movements.

Initially, I used PyGame to implement the interface and yaml as the format of the saved data, although it is now possible to find a refactoring of the project using OpenGL and PyImage in the Git repository, with some new functions, such as changing the language during operation, which is still incomplete.

The latest stable version or source code can be obtained here: 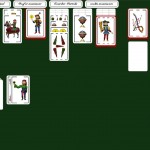 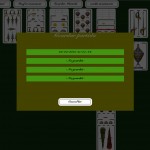 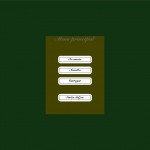 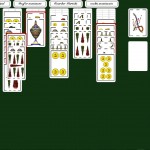